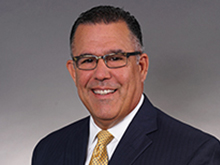 For over 20 years, Juan has led international litigation cases involving shareholder disputes and international fraud, with a focus on recuperating assets that have been fraudulently misappropriated. Juan specializes in obtaining pre-judgment remedies for the recovery of assets, efforts he has led in various jurisdictions around the world including Bermuda, the British Virgin Islands, Panama, Spain, Andorra, and the United States. These efforts have involved the tracing of assets following internal corporate investigations. Juan has also led international commercial arbitration matters where he has obtained interim relief orders and has represented clients in subsequent proceedings to confirm arbitral awards. Recently, Juan has also acted as an arbiter in an international shareholder dispute administered by the ICDR.

He often represents, as trial counsel, clients of national repute, litigating in areas such as RICO, anti-trust, including monopolization and price-fixing claims, franchisee rights, copyright and trademark infringement. More recently, Juan has acted as outside general counsel for a multinational corporation whose business model concentrates in the agricultural and hospitality industries throughout Central and South America.